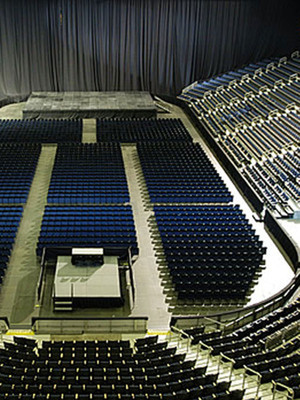 You can catch Eric Clapton at Infinite Energy Arena in Duluth, showing Sep 23, 2021

Eric Clapton is also touring to:

A rare chance to see this legendary guitarist perform live

One Of The Greatest Guitarists Ever

Eric Clapton hardly needs an introduction - the man practically IS guitar! As both a solo-performer and as part of his bands Cream, Blind Faith and Derek and the Dominos, Clapton has helped define the blues-rock genre with hits like 'Layla', 'Tears in Heaven' and 'Sunshine of Your Love'. Despite being quite an elusive performer, the legendary guitarist and former Cream member occasionally plays his best-known tracks in ultra-rare live appearances.

The back-story to one of the world's most successful singer-songwriters and musicians isn't really one of a long struggle to stake his claim in the music world - Clapton's immense talent for the guitar was noticeable from very early on. He joined his first band in 1961 when he'd only just left school. Skip ahead just three years and Clapton's new band, the Yardbirds, were playing the Royal Albert Hall in London. A catalogue of hits unmatched in the world of rock, seeing Clapton live is a must for any music fan.

Eric Clapton is simply AMAZING! He is a pure joy to watch play and to... more

Eric Clapton is simply AMAZING! He is a pure joy to watch play and to... more

Sound good to you? Share this page on social media and let your friends know about Eric Clapton at Smoothie King Center.